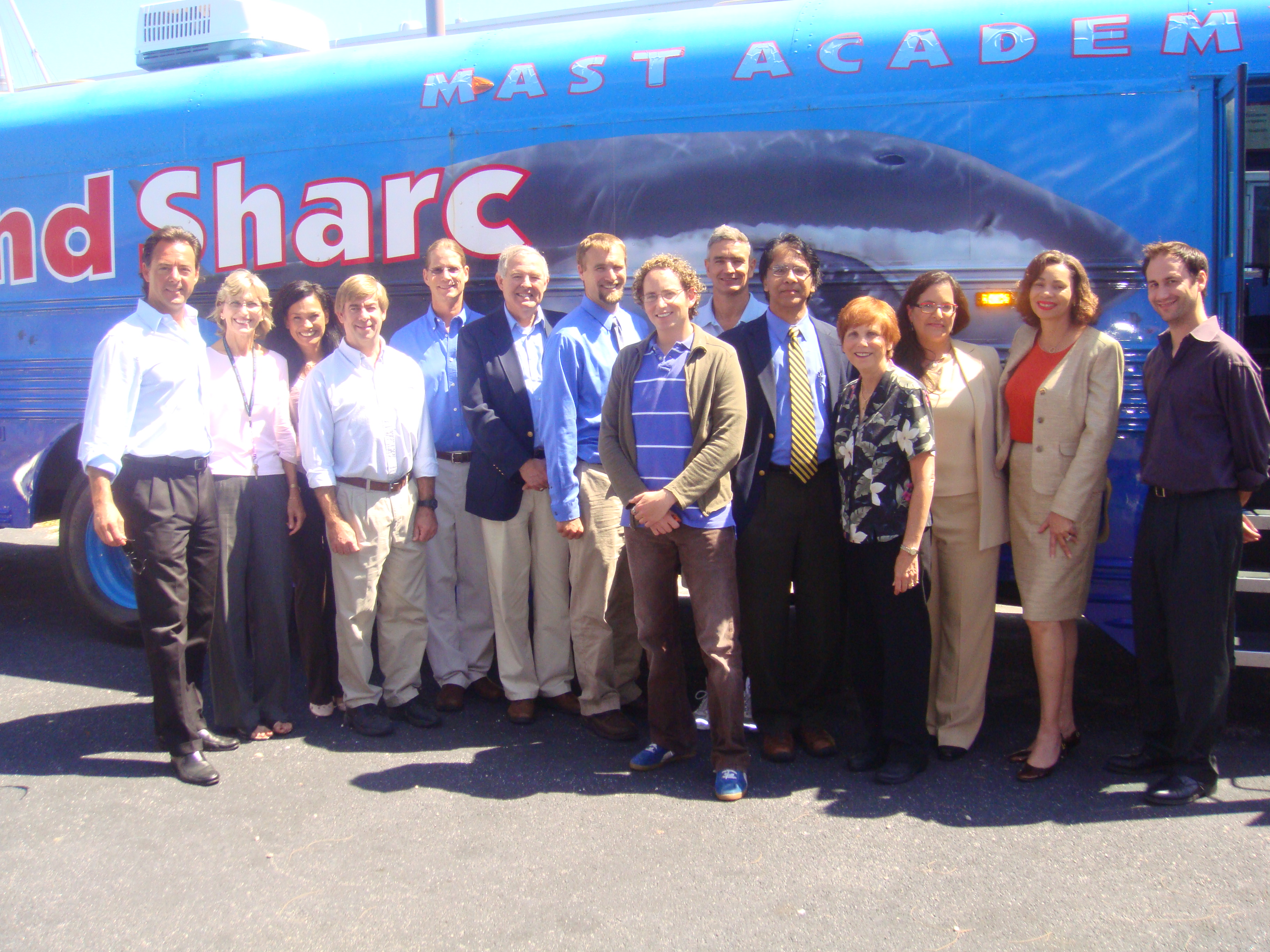 The Celebration of the Sea Foundation is proud to have developed the World Ocean Watch (WOW) Environmental and Educational Marine Science Program to train students around the world to serve as ambassadors for our planet’s oceans. The program is specifically designed to engage students in STREAM (Science, Technology, Resiliency, Engineering, Arts & Math) by introducing K-12 students and the general public to the critical relationships that exist between marine and principle ecosystems and foster a greater sense of stewardship towards the animals that inhabit them. The principal elements of the program focus on a wide variety of practical “life skills” to build self-esteem and excitement for the learning process among our nation’s youth.

The educational template for WOW has been be modeled after the nationally acclaimed “Forest Watch” program, which which was developed with NASA (National Aeronautics and Space Administration) Landsat thematic mapper satellite data by Dr. Barry Rock, the Director of University of New Hampshire’s complex Systems Research Center. Dr. Rock is a former Jet Propulsion Laboratory staff member and an internationally respected scientist in his field of environmental studies and education. Dr. Rock served as Al Gore’s Senior Scientist for the GLOBE (Global Learning and Observations to Benefit the Environment), which included 135 Countries around the world. Dr. Rock initially piloted the Forest Watch program in Concord High School in New Hampshire with the leadership of Phil Browne, a veteran science teacher in the state’s educational system. He is also a co-founder of WOW with Dr. Rock and The Celebration of the Sea’s founder and CEO, Patxi Pastor.

As a result of Dr. Rock and Mr. Browne’s extraordinary success with the Forest Watch program over the past decade, the program has already been integrated into over 300 science curricula in schools across the United States and continues to receive millions of dollars of federal funding from the National Science Foundation. One of the WOW’s initial investigations begins with student studies focusing on the health of mangroves and a native Miami Beach tree species called the Florida Slash Pine

WOW utilizes NASA (National Aeronautics and Space Administraton) Landsat satellite data taken of Florida. This imagery includes data about vegetation types and conditions of the state’s land cover, sea grass beds in the shallow waters of Florida, the reef system of the Atlantic, and selected inhabitants of marine environments, such as marine mammals and fish. Students are introduced to the concepts of image analysis and data interpretation of the TM images, as well as hands-on ground and sea truth measurement activities designed to provide meaningful data of use to research scientists. The various data processing and field data collection activities are all tied to Florida State Curriculum Standards.

1. Using image processing and Landsat data, students compare satellite image data with digital photographs of land-based plants, mangrove stands or other appropriate vegetation from land or from boat using a minus green filter system that allows quantification of blue and red reflectance differences associated with the photosynthetic process. Following this field collection of both digital photo images and actual plant samples, a portion of the plant samples are sent to the University of New Hampshire (UNH) for analysis. Students analyze blue and red reflectance in their digital photo images using freeware such as MVH Image, NIH Image and Scion Image to determine the chlorophyll concentration/absorption of the plants in their field study plots and compare these results to those obtained using the UNH Visible InfraRed Intelligent Spectrometer. A strong correlation is made between brightness values in the red components of the photo and the relative state-of-health of the trees or vegetation photographed. In addition, further lab biometric studies are carried out on the portion of the plant samples remaining with the students such as leaf length, biomass, water content, visual evidence of damage, and chlorophyll analysis. Research scientists as well as state office programs support the students teams in this ongoing data collection and analysis.

2. Fish identification is developed using and augmenting the database of Florida’s current scientific databases. This activity includes snorkeling and SCUBA diving expeditions with student groups at both the middle and high school levels.

3. Measuring and monitoring sea grass/hard bottom conditions as a source of data to support a hypothesis such as with an increase in effluent flow containing nitrates and phosphates from the Everglades and Big Cypress Swamp into Florida Bay, a subsequent increase occurs in the occurrence of multi-cellular algae and a parallel decrease in manatee and sea grass. Students test these hypotheses by conducting transect or quadrant studies of incidence of manatee and sea grass over time, coupled with TDS, turbidity, NO3 and PO4, salinity and dissolved oxygen.

4. The study of marine animals and their habitats includes behavioral and research studies in which students are teamed with local scientists, environmentalists researchers, therapists and animal trainers. In addition, students with an interest in behavioral science are linked with marine mammal staff members for therapy, instruction and support of special needs children.

World Ocean Watch teachers submit new field and lab data in support of their original hypotheses, while newly trained teachers and their students begin to teach the World Ocean Watch program themselves. This “each one teach one” participation in a real scientific study, linked to simple scientific observation and data collection, replicable laboratory techniques, as well as sophisticated manipulation and interpretation of satellite and other digital images of the local environment, increases student understanding of how science works. This stimulates them to modify both their own behaviors, as well as that of those around them to preserve and protect their marine environment.