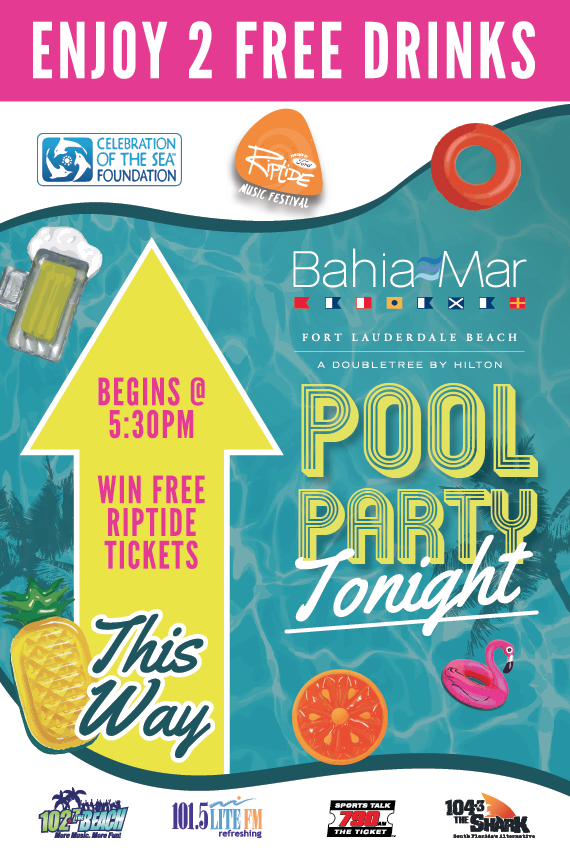 Join the Celebration of the Sea Foundation as it is publicly announced as the official charity for the Riptide Music Festival which will be held on Fort Lauderdale Beach on December 2nd and 3rd, 2017. The pool side party is being held on the roof top at the spectacular Bahia Mar “Waves Rooftop Bar and Grill” during the Fort Lauderdale Boat Show. Enjoy food, drinks along with live music and art demonstrations with the best view in Fort Lauderdale.