Annette Robertson serves as Celebration of the Sea’s Executive Director and is a world-class diver, adventurer and professional underwater photographer. Annette is also a member of the Board of Advisors for both the highly respected “Wyland Foundation” and “Guy Harvey Ocean Foundation” and has been nominated two times to receive the “Women Divers Hall of Fame Award”.

Annette was invited and joined the historic “Mission 31” dive expedition featured on Fusion’s “Project Earth” television series with Fabien Cousteau and Wyland who painted underwater in celebration of Jacques Cousteau’s 100th birthday. The mission was conducted to bring public attention to the critical state of our world’s oceans.

Annette and Fabien Cousteau Diving “Mission 31” to Honor Jacques Cousteau’s 100th BirthdayAnnette has continued to work with Mote Marine Laboratory and Aquarium over the last three years to help fund the transplantation of stag horn coral with Combat Wounded Veterans, Aquanauts and Golden Star families. She is a NAUI Dive Master, O2 Provider and has also been certified as an Enriched Air Nitrox Diver.

In 2013 The Florida Keys Community College (FKCC) selected Annette as the “Unsung Hero” for her ongoing dedication to their “Shark Expo” and marine science scholarships. Later that year the FKCC selected Annette to join the Foundation Board with the college. Annette has continued to serve on the Board for the past three years and is currently the Vice President. Annette is also a member of the Ocean Artist Society that is comprised of preeminent artists who have united internationally to promote and protect the world’s oceans through the arts. 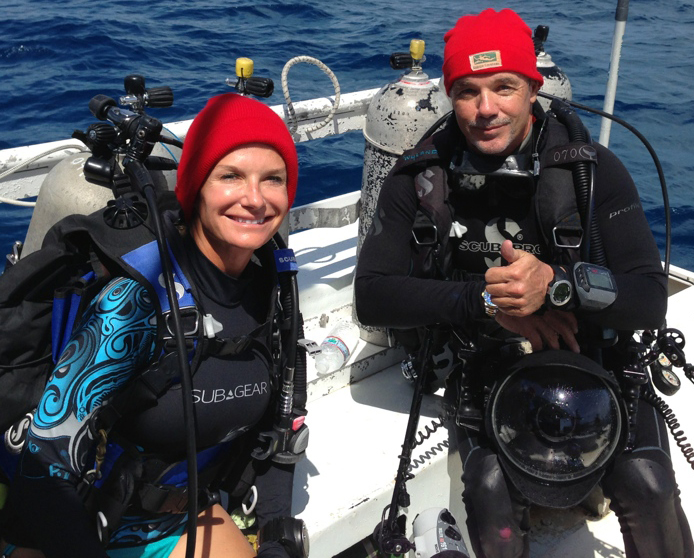 As a native of Miami, Annette’s life has always been connected to the ocean and the Everglades. Annette began her diving career in 1997 on a coral spawn, and now with over 5,000 dives to her credit, she has graced the cover of Sport Diver Magazine and appeared in numerous other magazines and television programs sharing her experiences exploring the world’s oceans. Annette’s photographic work continues to be featured through leading dive and travel magazines, books and fine art galleries. Annette has traveled internationally photographing the oceans in collaboration with the world’s leading underwater photographers that include Wyland, David Doubilet, Wes Skiles, Steven Frink and Guy Harvey.   Annette’s love of nature and marine animals has always inspired her career as a professional photographer – both above and below the sea. 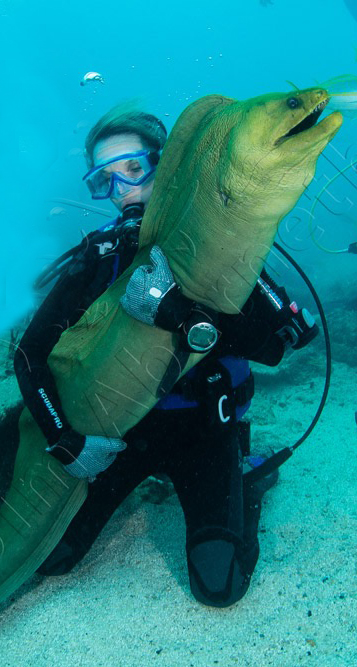 Her work has continued to fuel her deep passion to support conservation and educational. Annette continues to take seasoned and new divers alike on the legendary Captain Slate’s world famous “Creature Feature” dive through his Atlantis Dive Center in the Florida Keys. She continues to personally hand feed a wide variety of sharks, barracudas, giant moral eels and goliath groupers. Annette is still the only female to feed the barracuda on this world renowned dive by mouth and as a result she has been featured on both the “Ripley’s Believe It or Not” television series as well as the movie “Predators of the Deep” produced by celebrated underwater cinematographer Stan Waterman who filmed classics such as “Jaws” and the “The Deep” among many others.Annette On Florida International University’s Medina Aquarius Unde

Annette lives in the Florida Keys where she continues to dive extensively with her daughter Sky Fabel who is a fifty-ton boat captain and PADI (Professional Association of Dive Instructors) Dive Master. Sky continues to work along side her mother and father the legendary Captain Spencer Slate at his Capt. Slate’s SCUBA Adventures Dive Center in Tavernier.