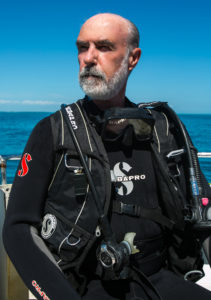 At age 5, Frazier Niven’s passion for the sea began by watching his favorite TV show “Sea Hunt.” Frazier imagined the star of the show former Navy diver, Mike Nelson, experiencing rescue adventures together wearing his mask, fins, snorkel and “wetsuit” (footy PJs) exploring the sea.  When Frazier was old enough, he began mowing yards to earn enough money to buy his first SCUBA tank and dive gear. To prepare, he read every book he could about diving and bought his first 35mm camera. By the time he was 14, he had already been diving for over a year and began taking several advanced dive courses. Years later, as he continued to dive, he decided to take the advanced NASDS class, which he passed and launched the beginnings of his life-long professional career in the diving industry.

It was shortly after he passed his advanced NASDS class that he opened his own dive shop in Tennessee. One day a man came into his shop and invited him to assist him in opening a dive shop in the Bahamas. He immediately sold his dive shop and spent the next 20 years working and diving throughout the beautiful blue clear waters of the Bahamas and he quickly became recognized as a leading underwater photographer. As part of his dive operations, Frazier expanded to offer underwater photos of clients diving, which he developed along with an in-house full color photo processing laboratory in his dive shop.

While working in Nassau Frazier began to work with underwater cinematographer John Stoneman using his state-of-the-art 16mm cameras which greatly inspired and shaped his life. John hired Frazier to help him film an underwater television series filmed in Egypt, Hawaii about humpback whales and South Africa about sharks. Soon after Frazier won his first National Association of Television Arts and Sciences Emmy Award for excellence in programming, “Sharks, Killer’s of the Caribbean” which was filmed in the Bahamas which confronted the myths and misconceptions about sharks.  He additionally received Telly awards.

Frazier is a PADI Course Director and is also the founder of “Frazier Nivens, Ocean Imaging, Inc. Underwater Digital Cinematography Productions (www.oceanimaging.com) which continues to be internationally recognized for his extraordinary underwater videography production. 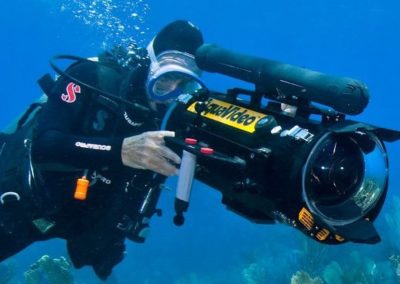 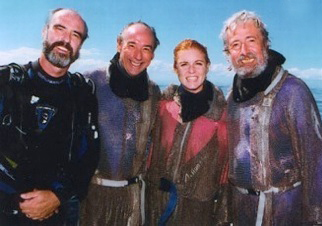 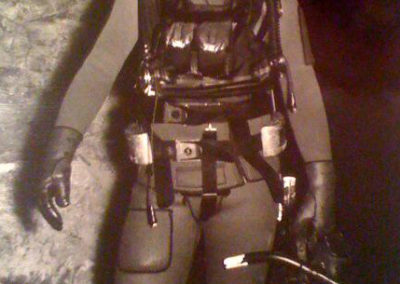 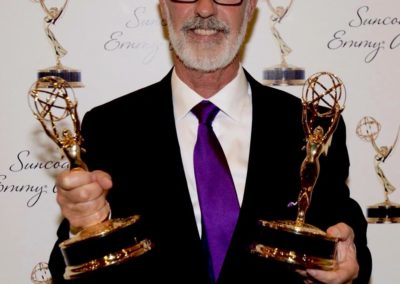 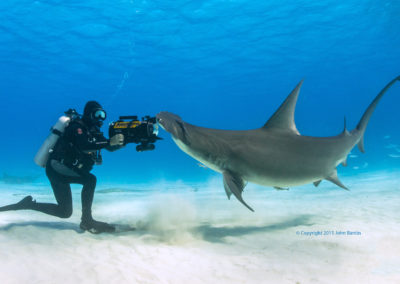